McCormick & Co.  (MKC) is a leading provider of spices, herbs, seasonings and condiments offered around the world. The company reported better-than-expected earnings and raised guidance before the open on Tuesday. The stock traded higher and moved above its fourth-quarter pivot at $167.05. My call is to book profits with the stock between its quarterly pivot and its all-time intraday high of $171.09 set on Sept. 19.

The stock closed Monday at $156.30, up 12.3% year to date and in bull market territory 31.3% above its Jan. 24 low of $119.00. My reason for caution is that the weekly chart ended last week negative and despite Tuesday’s pop the weekly slow stochastic reading is projected to decline this week.

The stock is not cheap fundamentally as its P/E ratio is elevated at 29.98 and the dividend is not compelling at 1.45%, according to Macrotrends.

Here’s what the charts say.

The Daily Chart for McCormick 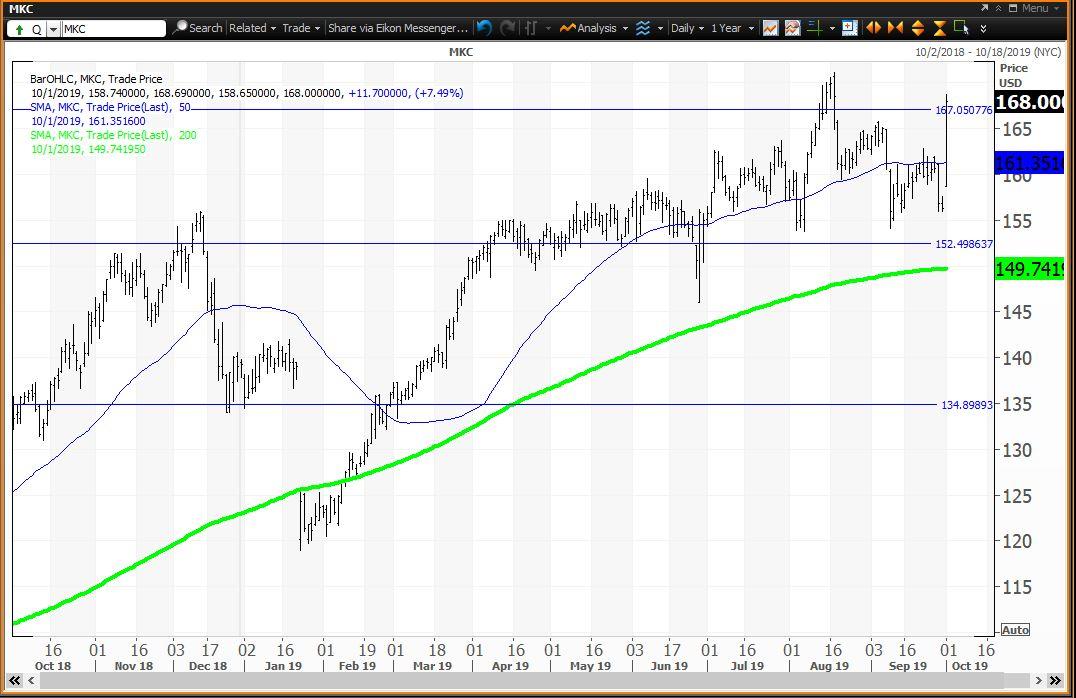 The Weekly Chart for McCormick 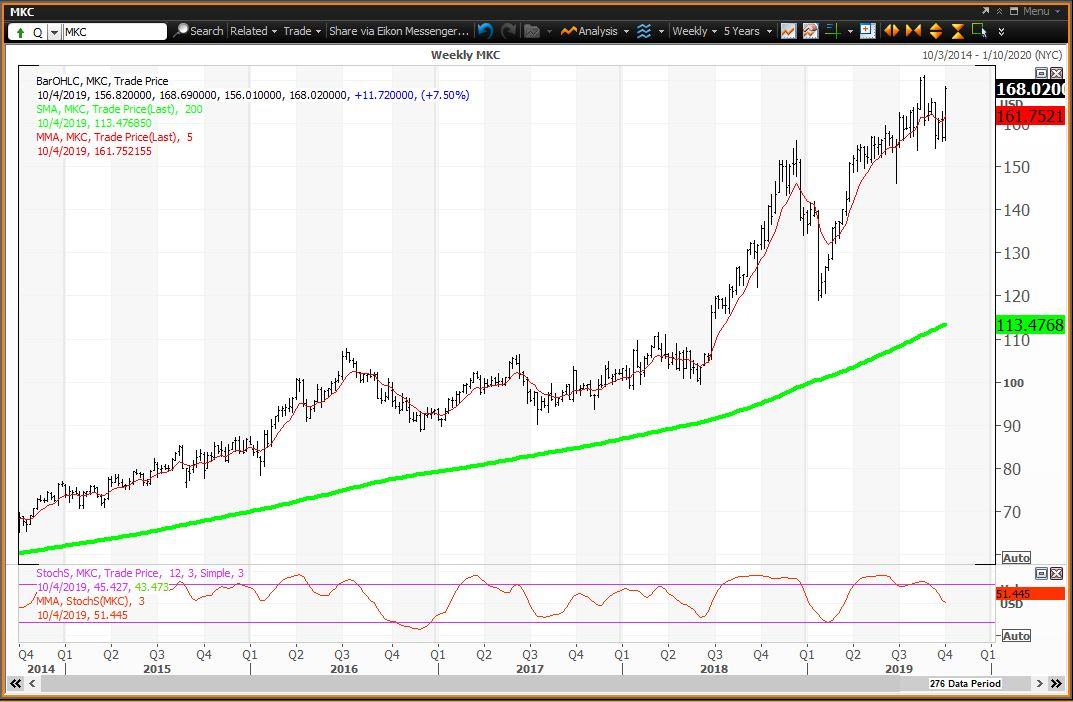 The weekly chart for McCormick ended last week with a negative weekly chart, but it will be upgraded to neutral this week given a close on Friday above its five-week modified moving average of $161.77. The stock is well above its 200-week simple moving average or “reversion to the mean” at $113.48. The 12x3x3 weekly slow stochastic reading is projected to fall to 51.59 this week down from 54.45 on Sept. 27.

How to use my value levels and risky levels:

Value levels and risky levels are based upon the last nine monthly, quarterly, semiannual and annual closes. The first set of levels was based upon the closes on Dec. 31, 2018. The original annual level remains in play.

My theory is that nine years of volatility between closes are enough to assume that all possible bullish or bearish events for the stock are factored in.