Contributing heavily to the third-quarter revenue beat, which was the largest in five years, was IBM’s Cognitive Solutions segment, which contains a big portion of its software operations. Revenue in the segment rose 3.9% to $4.4 billion, topping estimates and representing a turnaround from a decline of 2.5% in the second quarter.

On the earnings call, Chief Financial Officer Martin Schroeter suggested revenue in IBM’s seasonally strong fourth quarter would be about $2.8 billion to $2.9 billion higher than in third quarter. 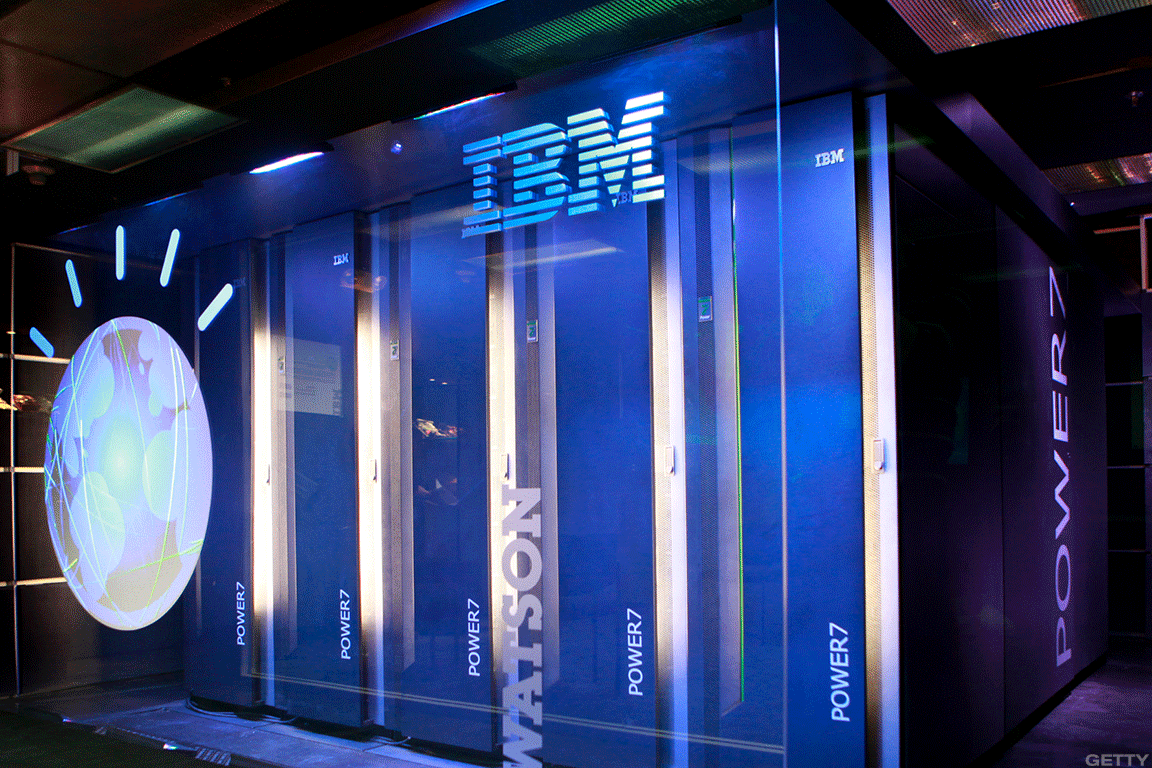 Less than 10% of S&P 500 companies have reported earnings so far, the majority of which have bested profit and sales estimates. Analysts anticipate blended earnings growth of 4.4% in the third quarter, or 2.3% excluding energy, according to Thomson Reuters estimates. Revenue is expected to rise by 4.4%.

The Federal Reserve released its latest “Beige Book” Wednesday, reporting that economic activity expanded in all of the Fed’s districts. Growth was between modest and moderate.

Employment growth was modest as most districts reported tight labor markets. “Many districts noted that employers were having difficulty finding qualified workers, particularly in construction, transportation, skilled manufacturing and some health care and service positions,” the Fed wrote. Those shortages have somewhat weighed on business growth.

Price pressure has largely remained modest since the Fed’s last report. The Fed said its Atlanta, Richmond and Dallas districts reported major disruptions from Hurricanes Harvey and Irma in some areas and sectors, including transportation, energy and agriculture.

GoPro Inc. (GPRO) stock gained 2.7% after Longbow Research riased its rating for the stock to buy from neutral. Longbow analysts said the recent GoPro selloff is overdone and there’s room for earnings upside moving into 2018.

Anthem Inc. (ANTM) said Wednesday that it will sign onto a deal with CVS Health Corp. (CVS) to contract the drugstore chain’s services for a new pharmacy benefits manager called IngenioRx. CVS will take over services for Anthem’s benefits manager program in 2020, when Anthem’s current contract with Express Scripts Holding Co. (ESRX) runs out.

The deal with CVS effectually confirmed that Anthem is ending its contractual relationship with Express Scripts, though that was widely expected to happen. Following Anthem’s announcement, shares traded higher over 4% Wednesday. CVS stock was slightly up by 0.3%.

Healthcare stocks were mixed Wednesday after rising earlier. The industry had benefited from high hopes over a bipartisan deal to continue subsidies for insurance companies. Sens. Lamar Alexander and Patty Murray reached a deal on Tuesday afternoon to continue cost-sharing reduction payments, a crucial part of the Affordable Care Act, for two more years.

But by Wednesday, President Trump pulled back on support he had originally offered for the bipartisan deal. Trump’s reversal erased some gains for a few industry heavyweights. The Health Care SPDR ETF (XLV) was up 0.2% after gaining as much as 0.37% in earlier trading.

Among notable decliners Wednesday was Brazilian steakhouse chain Fogo de Chao Inc. (FOGO) . Shares were down over 7% after the company announced a revenue miss and comp sales decline of 5.1%. Analysts had only expected sales to decline 1.2% for the quarter. The earnings flop is partially due to negative impacts from hurricanes and a difficult time comparing 2017 performance to 2016 performance, when Brazil hosted the Olympics.

Rio Tinto PLC (RIO) , its former CEO Tom Albanese and former Chief Financial Officer Guy Elliott have been accused of fraud by U.S. authorities, and the miner was hit with a fine by British regulators, relating to alleged attempts to hide billions of dollars of losses on an investment in a Mozambique coal mine.

Housing starts for September showed surprise weakness. The Census Bureau reported starts at 1.127 million last month, weakening from 1.18 million in August. Analysts expected the measure to dip to 1.17 million. Building permits came in at 1.215 million, below 1.3 million in the previous month. Economists expected permits at 1.238 million. Hurricanes in Texas, Louisiana and Florida in the past weeks likely affected activity.

The potential for conflict in Iraq threatened to cut off exports and sent crude stocks higher at the beginning of the week. Reports indicated Iraqi forces had descended upon Kirkuk, a major oil-producing region in Iraq. Troubles in the region have risen since a referendum in with the Kurds voted for independence.

AmEx’s Chenault, the ‘Gold Standard’ for a CEO, Hands Top Job to Insider

Market Is Consistently Resistant to Pullback