Hereâ€™s why oil prices bounced back so fast from Hurricane…

Bitcoin off 4%; Charity turns to crypto mining to raise…

Andre Iguodala of the Golden State Warriors has racked up three championship rings, a Finals MVP award and numerous other accolades as one of the premier small forwards in the game. But the 15-year veteran is just getting warmed up.

While at Golden State, Iguodala has built up a venture capital practice that’s reaping some impressive returns: he’s an investor in Zoom (ZM) , PagerDuty (PD) and Jumia (JMIA) , each of which had extremely successful IPOs this spring. Iguodala also published a memoir, The Sixth Man, describing the people and experiences that forged his NBA success.

TheStreet caught up with Iguodala at the Players Technology Summit, a conference he launched in conjunction with Bloomberg in 2017, which brings together athletes, entrepreneurs and investors under one roof. Listen to the full podcast below or read the lightly edited transcript of our discussion.

Andre, you’ve had quite a year: Congrats on the season, your book and what looks to have been a nice quarter in terms of your investments as well.

I’m still riding the wave, so it’s been good so far.

In terms of your portfolio, you’re involved in e-commerce, retail and you’ve also carved out a bit of a niche in enterprise software, which has been performing very well recently. What got you interested in that space?

Well, I was able to learn what it was, first of all, a few years ago at a Morgan Stanley (MS) conference in Park City. I was able to meet a few companies and get a crash course in how enterprises work. It was quite simple, once I got the grasp of it. This is why we’re here at the Players Tech Summit; it’s to give all the players the knowledge of things that are right here for us to have access to.

What intrigued me about that particular space is, you know, everyone’s running on their phones, everyone’s ordering from Amazon (AMZN) , everyone’s starting their own business and has to go through different avenues of how to run the company and how to get the most out of their ad dollars, tracking customers, knowing what the customers want, the history of their orders, how to maintain the company and how to do it all through the cloud and through our phones.

What’s your thought process in evaluating a pitch?

If they can get me to understand what they’re trying to sell as quickly as possible — if it takes them two or three sentences and I get it. But if someone’s rambling and I’ve got questions and it’s taking, you know, 20 minutes for me just to grasp the concept, I just don’t get it. You want to invest in what you know, what you’re going to understand easily and how something can scale. So that’s first and foremost.

But also the person, because the person that you invest in is what’s going to get the company over the hump. It’s like [Benchmark partner] Bill Gurley has said: Ideas are a dime a dozen, but someone who can execute, who can put a team together, who can perform under pressure, who sees the big picture — those are the things that you want to invest in.

As an athlete, you have to pay intense attention to everything that’s going on with your body. What’s your impression of the health tech trends we’re seeing currently — in wearables, quantified health, etc.?

And I think we’ve exploited this too much, as a humanity. We try to take advantage of these things in not giving everyone the help that they need. But a lot of this tech is giving you the information you need to prevent some of the downsides of the world we live in. So, you see that with the Apple (AAPL) Watch, with the EKG feature, tracking how much you’re moving, how many calories you’re burning. Obviously, we all know the more active you are, the more healthy you are, the longer you live, the less risk you have for certain diseases, whatever. Everyone’s understanding that, and everyone is trying to position themselves to be able to give that data to us, and to gather that data for themselves — as we all know, data is king.

You got your start in investing the same way many of us do, by just firing up an E-trade account and playing around with stocks. So are you like a blue chip kind of guy? Or do you like to gamble a bit with stocks?

That’s a great question. I don’t personally invest in [equities], but I have my wealth management team and if I have something like, yo, I want to buy this, they’ll get it for me. But for the most part, I like Warren [Buffet’s] philosophy of investing in things that you know will be around in 10 years. [And] you’ve gotta be able to diversify with riskier investments and safe investments. So when you talk about equities and the public markets, I’m going with Warren’s philosophy. 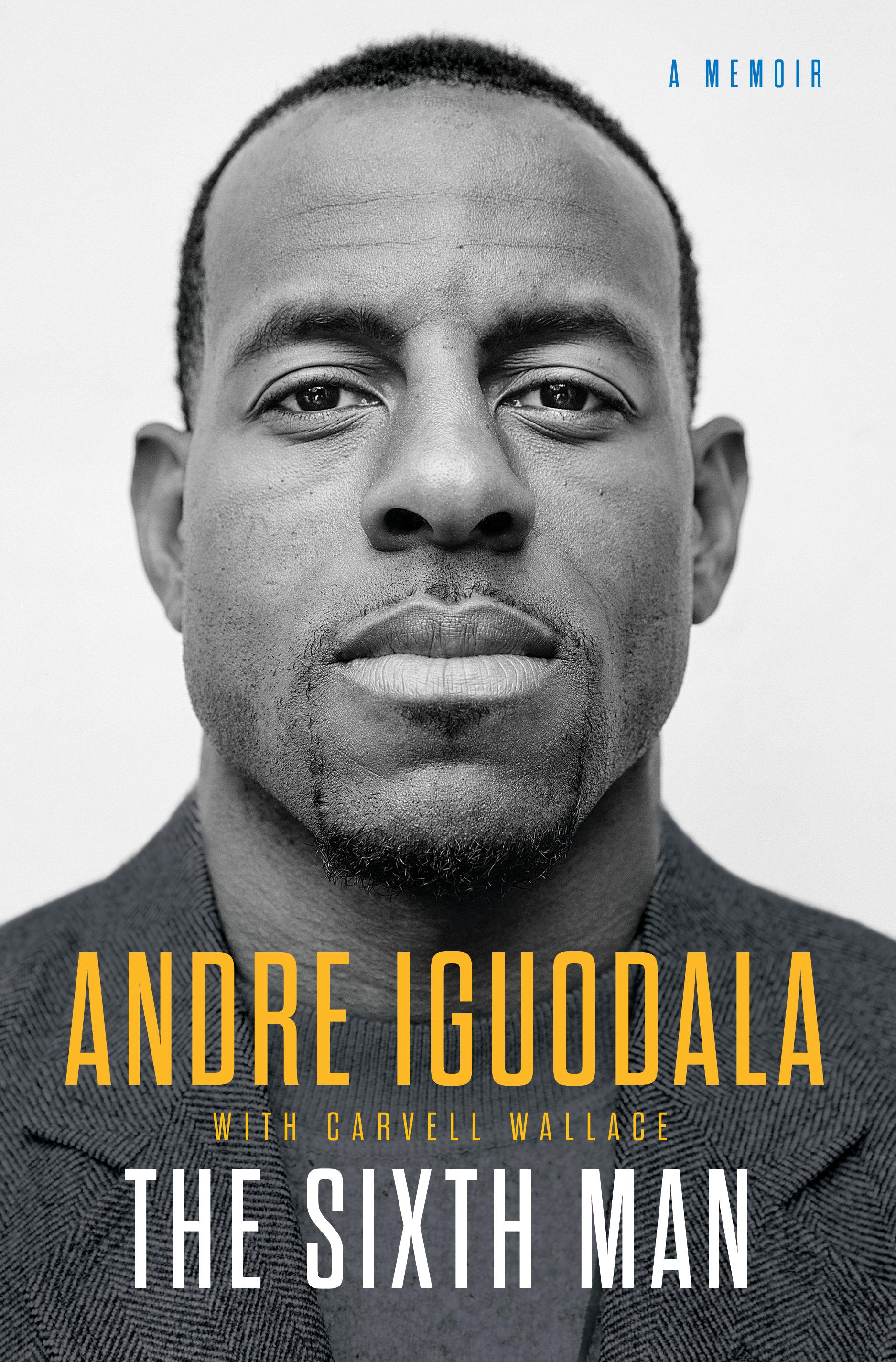 Probably not a bad plan. You’re quite active in the league in educating the younger athletes on investing. What advice do you give to younger players who are making good money, perhaps for the first time, and want to use it productively?

I try to use a simple model — that’s just letting the guys know, first of all, you just want to save as much as possible. You may not be getting as much in terms of returns as you would like early on, but the more you put in the pot, the more you can leverage later down the road. Then once you’ve been able to get yourself a nice-sized pot, you can live with interest alone, within the safest vehicle possible in terms of your lifestyle, and when you can live with that on the interest alone then you can venture out and be a little bit more risky. Maybe you have a passion, something that you can go into and be a little bit more risky with.

So that’s as simple as I can put it: Just save, save, save until you’re in a comfortable position where you can take some risks. There’s nothing wrong with the car dealerships or the franchises, whether it be food chains whatever, the barbershops or whatever you want to do locally. But if you really want to see some nice returns, this is the avenue we can take — I’m talking about the tech space. You gotta do your homework, you gotta watch the market daily and like Bill Gurley said, it’s not about knowing the future, it’s about seeing the present more clearly. It’s about knowing what’s going on, following trends and being up to date.

Did you have a special interest in tech investing before you arrived here in the Bay Area in 2013, or did it partially happen by osmosis, in being close to Silicon Valley and surrounded by a lot of VCs in the organization?

I’d been tracking it for a couple of years before I got to the Bay Area and then it kind of led me here. You see opportunity, in the sense of wanting to get access to the network within that world. And it was at a perfect time when the basketball team was doing well and on the up-and-up. So I said, hey, this is kind of a perfect marriage for me to work there in my profession, and be able to look for something to get into once my basketball career is over.

Where do you see yourself in five years — could you imagine raising a fund of your own at some point?

Yeah, that’s coming a lot sooner than I would have thought. It’s all in place right now. But definitely continuing to leverage everything that I’ve built so far, to get more deal flow, continue to invest, keep growing the portfolio, and helping companies with the knowledge that I’ve gained in seeing other companies have successes or failures and taking that with me to bigger heights. There’s definitely a lot I have playing going forward. This has been a great ride so far, and I’ve got so much more time to live.

U.S. Will Not Add New Tariffs on Imports from China: Xinhua

Where in the World Is Carlos Ghosn? Interpol Issues Wanted Notice for Former Nissan…

Investment Lessons 18 Years After the 9/11 Attacks

How Americans Will Spend Their Time (and Money) This July 4th

Europe may be on the cusp of a nightmare, but it’s not too late to wake up